The Relationship Between Architecture And Human Well Being 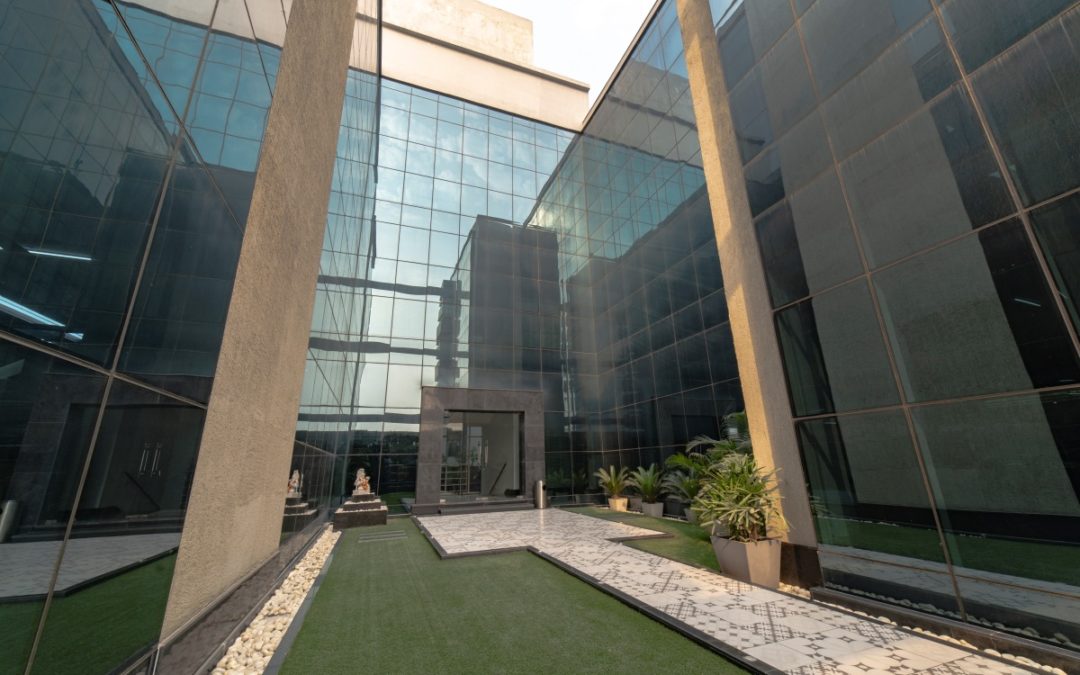 In a newly opened office high-rise in downtown Beijing, most occupants were reportedly feeling uncomfortable everyday. It was a tight building of which the central ventilation system provided mechanic air supply but no natural exhaust. A survey was conducted, which included a questionnaire to occupants and detection of indoor air pollutants. Results of the questionnaire indicated that 98.7 % of occupants had sick building syndrome, and that their symptoms were more severe in the afternoon than in the morning. Results of pollutant detection showed that the concentration of carbon dioxide in some rooms was as high as 700 to 1000 ppm. In most rooms, carbon dioxide and radon levels were higher in the afternoon than in the morning. This data suggests that insufficient ventilation, likely as a result of the lack of an exhaust duct system, causes accumulation of indoor pollutants that are associated with sick building syndrome. (Wang, Li &Zao 2002)

In 1946 the definition of human health was adjusted by the World Health Organization  to encompass the entire spectrum of physical, mental and social well being as opposed to the conventional idea of freedom from infirmity or disease. This development led to investigations into the role of the built as well as natural environment on human health and well being. The study of human physiology is a well established field of inquiry with a large body of empirical, quantitative evidence to support many of its claims, however the analysis of relationships between physical and mental well being in the built environment now known as environmental psychology is relatively new. This area of inquiry is particularly relevant for architects and other professionals involved in the design of built forms in a rapidly urbanizing society that spends the majority of its time in indoors or in spaces created by the collaboration of architectural and urban design.  Poorly designed housing, workspaces, transportation and recreational spaces can at best stagnate and remain unused or in worst case scenarios – cause chronic physical and mental health issues for its inhabitants, contribute to the spread of disease, waste resources and diminish their overall sense of well being and efficiency.

Vitruvius in his model for the elements for a well designed building designated three which were essential for this purpose:

Strength in building design is manifested as its ability to withstand the elements of weather and provide shelter for its inhabitants .The concept of functionality in design has evolved from the building simply serving its purpose of housing its inhabitants and catering to the activities conducted within it- to one of providing a stimulating, enriching and comforting experience for the same inhabitants and activities. The idea of beauty on the other hand, is a complex concept intertwined with that of functionality to create the aforementioned space, providing a positive experience for every individual inhabiting it.

Physical Well Being In The Built Environment

Most people spend the majority of their time indoors, yet we are only informed about the effects of outdoor ambient environmental conditions on our well being.  Physical health and well being is typically quantified in the field of design in relation to the symptoms and causes of disease. Factors such as air quality and movement, day lighting and sanitation are generally used as indicators for the quality of a space and are also integral aspects of the design process. Sealed building envelopes, particularly those with large glass, metal or concrete  facades reflect excessive amounts of solar heat due to the high thermal reflectivity of modern building materials-this in turn heats up surrounding areas and contributes to the phenomenon known as ‘Urban Heat Islands’.

The primary factors which contribute to physical well being in built spaces include:

Mental Well Being In The Built Environment

The design of visual stimuli in a built setting is the primary medium for the intervention of the architectural discipline into the process of managing stress and regulating mental well being. Human beings generally function better in the presence of a moderate degree of stimuli.Loud noise, bright light, unusual or strong smells, and colours, particularly at the red end of the spectrum, appear to increase stimulation (Berlyne, 1971 ;Mehrabian& Russell, 1974). On the other hand overtly repetitive, monotonous spaces that leave little to the imagination of the inhabitant while moving through them cause boredom and lethargy. Overabundant stimuli in the form of design elements, excessive complexity as well as incoherency and a lack of synergy in the design of said elements are proven to cause stress. Narrow, crowded or confined spaces without adequate daylight and ventilation also produce the same effect on its inhabitants. Extremes of loud noise or complete silence over extended periods of time can also be debilitating to those that experience it.  Stress due to poor design can be attributed to a number of factors such as :

Building design plays an indispensible role in the emotional responses and patterns of behavior of its inhabitants although, there is still a deficiency in the amount of quantitative information about what factors contribute most to the stress experienced by individuals on a daily basis. The regular scrutiny of design elements in a space and the predicted responses they effect in users is an area that requires a great deal of study and implementation in order to design spaces that elevate the mental health and productivity of its users.  The incorporation of restorative elements to help relieve and dissipate stress, particularly in residential and commercial projects ,  allows individuals to relax and recharge their mental faculties after extended periods of forced concentration. Restorative elements are primarily areas free from excessive stimulation, with views of the external environment or an element that mimics it. They can include window ledges with seating, verandahs, balconies, water fountains with seating opportunities to name a few. They inspire and capture the attention of observers, thereby distracting them from their previous states of distress caused by under or overstimulation.

Stress alone is not a definitive factor to assess the relationship between mental well being and built forms – it can also be attributed to lifestyle, behavioural variations and their degree of susceptibility to negative patterns of thought in adverse situations. The largest obstacle in understanding these relationships is the absence of empirical evidence correlating specific design elements to the perceived responses from individuals as well as the apparent lack of interest in obtaining it. There is a clear lack of comprehension among specialists about the role of the built environment in human well being in stark contrast to their understanding of biological and ambient environmental factors.

Joseph  Allen and colleagues at the Harvard T.H. Chan School of Public Health have defined nine foundations for healthier buildings, such as better water quality, reducing noise, regulating temperature, and maximizing light. This may well pave the way for  new standards and parameters for evaluating the quality of building design and its effects on users.

The green building movement which has steadily gained traction over the past few decades,  gradually shifted its ideal from water and energy conservation to a more all encompassing approach of understanding how people react to the buildings they inhabit and the measures to be taken to ensure their well being.