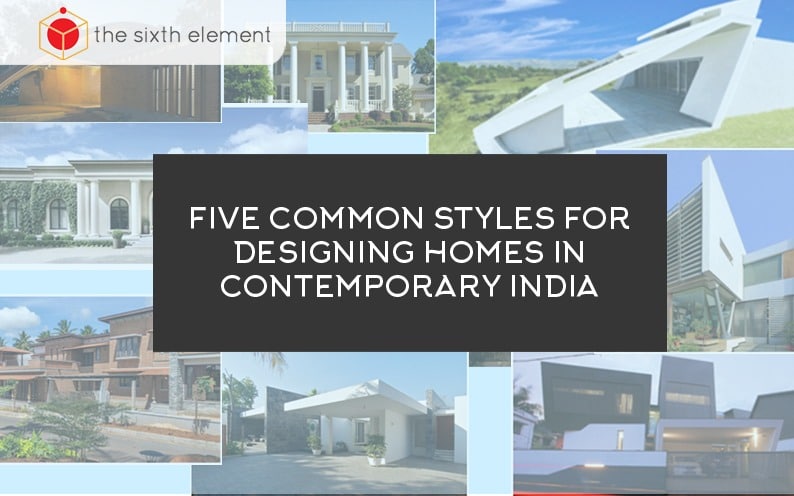 Victorian – Originally borne of the technological advancements of the Industrial Revolution which allowed for a greater degree of detailing and ornamentation in residential design in the late 19th century, these homes may feature towers and turrets upto 2 or 3 floors as well as bright colour schemes. This style is ideal for those that prefer non rectangular room shapes as well as a greater segregation of spaces. While layouts may be symmetrical or asymmetrical, irregular room sizes allow for bay or dormer windows. They often have decorative cornices and railings and may be clad in stone, brick or wood panels.

Vernacular – This style includes homes built by adapting regional styles with locally sourced materials, indigenous construction techniques and design principles that reflect the ethos of a particular area and community and are designed in order to respond to prevailing climatic conditions. These types of houses respond very well to their context due to their use of local materials and design elements while also incorporating modern construction techniques that allow users to experience the comforts of contemporary living. There may also be a comparative reduction in the cost of construction as most of the materials used are available nearby. The term ‘vernacular’ encompasses a broad range of styles from Wada architecture in Maharashtra to the Bhunga and Haveli styles in Rajasthan and Kutch, the Assam Style in the North East and Nalukettu houses in the Southern regions of the country. They may feature sloping roofs with projecting eaves, stone, mud/clay brick or timber construction and focus on using passive cooling and natural ventilation to create comfortable, inhabitable spaces.

Neoclassical – The Neoclassical style arose in the early 19th century in Western Europe and the United States as a nod to the birthplaces of democratic and republican(Ancient Greece and Rome) values as well as a renewed interest classical art and architecture. These homes convey a sense of weight, strength and affluence due to their timeless aesthetic value. Large white columns(fluted or plain) or arches flanking large front porches that may extend around the building on both sides are commonly employed. The columns may or may not draw inspiration from one or more of the classical orders. Commonly used façade materials include stucco, stone and occasionally wood. Tall, symmetrically placed windows and low pitched or flat roofs with cornices or trim are also regularly used. Light colour tones or shades of white are generally employed and there is a strong emphasis on symmetry, rhythm and proportionality.

Modern – Modernist architecture emerged as a dominant style in the first half of the 20th century, with its ideas and influence extending to the present day. The movement prioritized functionality and simplicity over decoration and ornament while inspiring countless associated schools of thought. These houses are fairly rectilinear in their layouts and have fluid transitions between interior spaces and exterior areas. Asymmetrical and dramatic geometrical forms in neutral tones, flat or gently sloping roofs and floor to ceiling windows are the most common features of this style. This allows a good deal of light to enter the home, making it seem bright, airy and more expansive. Open floor plans and straight, clean lines are also commonly employed. Modern homes are generally constructed of steel, glass and reinforced concrete with occasional flourishes of brick, stone and timber.

Expressionist – Expressionist and Deconstructivist schools of thought emerged in the latter half of the 20th century and sought to break away from the rigidity and linearity of modernism while borrowing elements from many other styles that had developed in parallel. These styles work very well for those seeking to make bold statements and go against norms with the forms and facades of their homes. They feature angular or organic and asymmetrical forms that may or may not feature ornamentation and are often generated by reinterpreting contextual elements or ideas geometrically. Fragmented or curved lines and irregularly shaped floor plans and openings are the characteristic features of these styles. These structures are generally made of steel or concrete with metal cladding in various complementary patterns or colours that serve as ornamentation. Marrying functionality and aesthetic values is integral to this school of thought; however these homes may seem a bit out of place in certain contexts.